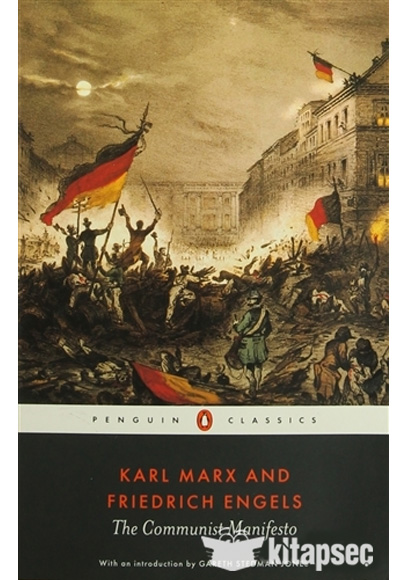 After four years of collaboration, they produced an incisive account of their idea of Communism, in which they envisage a society without classes, private property or a state, arguing that the exploitation of industrial workers will eventually lead to a revolution in which Capitalism is overthrown.

This vision provided the theoretical basis of political systems in Russia, China, Cuba and Eastern Europe, affecting the lives of millions. The Communist Manifesto still remains a landmark text: a work that continues to influence and provoke debate on capitalism and class. Gareth Stedman Jones`s extensive and scholarly introduction provides an unique assessment of the place of The Communist Manifesto in history, and its continuing relevance as a depiction of global capitalism.

This edition reproduces Samuel Moore`s translation of 1888 and contains a guide to further reading, notes and an index.

Karl Marx (1818-1883) was born in Trier, Germany and studied law at Bonn and Berlin. He settled in London, where he studied economics and wrote the first volume of his major work, Das Kapital (1867, with two further volumes in 1884 and 1894). He is buried in Highgate Cemetery, London. Friedrich Engels (1820-1895), as well as his collaboration with Marx, was the author of The Condition of the Working Class in England (1845), based on personal observations and research.

`The words of the Communist Manifesto flare like the fiery writing on the wall above the crumbling bastions of capitalist society: socialism or barbarism!`